National Love Your Pet Day Around The World 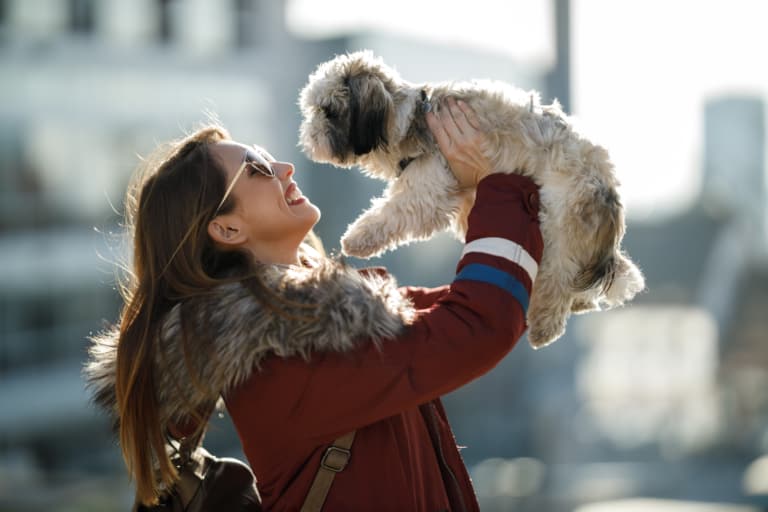 Slowly but surely, one of the most universally celebrated unofficial holidays is inching closer: National Love Your Pet Day. Whether or not you knew this holiday existed, chances are you’ve observed it before. In fact, you probably observe it every day.

Pets owners throughout the centuries have shown their pets love in different ways. Today, our tendency is to spoil them rotten. From simply sharing a bed to buying organic dog food to creating equipment for disabled dogs, every act says, ‘I love you.’

This year, National Love Your Pet Day falls on February 20 in the United States. But chances are, you’ve already got a pretty good idea of how to show your dog (or cat, or bird, or— well, you get it) some love.

But what about other countries? How do they celebrate this holiday? Keep reading to find out which country prefers dogs or cats and who spends the most on pampering their pet.

At first glance, Japan may seem drastically different than America. In 2018, less than 25% of the population owned a pet.

However, the practical limitations that Japan presents helps put this number in perspective. Japan’s population totals over 126 million, close to one-third of America’s population of more than 328 million. Despite this, Japan is significantly smaller; Japan is less than 200,000 square miles, while America is over 3 million square miles.

In addition to the country being more crowded, there are also more people living in apartments. These conditions aren’t usually pet-friendly. Add to that Japan’s more intense work culture, and it’s no surprise that three-quarters of people don’t have pets.

But of those who do have pets, dogs and cats are by far the most popular. Of the owners polled, 11.5% and 10.1% had at least one dog or cat, respectively.

Despite their small number, Japanese owners have big hearts. Here are some facts about how they show love to their furry and four-legged family members:

According to ZZF, the German Pet Trade & Industry Association, there are over 34 million pets currently in Germany, including cats, dogs, birds, and small mammals. Their research also found an increasing number of fish and terrarium animals, such as reptiles.

Despite these rising numbers of owners and the growing diversity within the pet trade, cats remained the most beloved and numerous pet. There are nearly 15 million cats spread across over 20% of German households, compared to less than 10 million dogs in the same percentage of homes.

Here are some other fun facts about Germany’s pet trade and how people show their love:

One of the reasons cats are so popular in Germany could be because of the dog tax. This is an annual fee that all dog owners must pay, with some exceptions. (For example, owners of adopted dogs, service dogs, and police dogs are exempt from this tax or pay reduced fees.)

The tax varies based on what city you live in, may be collected up to four times per year, and increases for every dog you own. In Hamburg, owners may pay as much as €600 per year in dog taxes, whereas in Freiburg taxes may not exceed €200 per year.

Despite the irritation the dog tax likely causes, it’s important to know that this money does benefit owners’ communities. Taxes are paid to each individual’s municipality, which then diverts the funds to areas at its discretion.

This means that owners are not only showering love on their pets, but are also indirectly showing their community some love, too.

In 2018, there were approximately 17 million households with dogs in India, marking them as the clear favorite. In comparison, only 1.5 million homes had pet cats.

Since then, an increasing number of people have bought or adopted pets and the pet market and industry in India has rapidly expanded. By 2019, the number of pet dogs had increased to over 20 million.

Despite the increasing market, dogs are still the nation’s favorite. In comparison to the impressive statistic above, all other pets (cats, birds, small mammals, etc.) only total roughly 19 million. This means that there are more dogs in Indian households than every other type of pet combined.

Here are some statistics about the fast-growing population of pet lovers in India:

Though India may not have a long history of widespread pet ownership, people are more than making up for that now. Dogs are being adopted and bought at a speed never before seen in India, made all the more impressive by the fact that pet ownership continues to climb year after year.

As India becomes a forerunner in terms of pet care and innovation, it will no doubt be amazing to see the creative ways owners find to show their pets some love.

5 Budget-Friendly Ways to Take Care of Your Older Pet

Aging is a part of life for us and our furry companions. And when your pet is getting on in years, you want to keep their quality of life as high as possible for as long as possible. Fortunately, there are steps you can take to help them stay healthy and happy, and they won’t 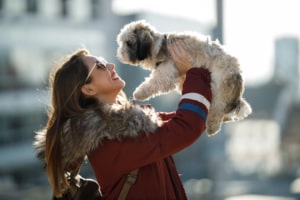 National Love Your Pet Day Around The World

Slowly but surely, one of the most universally celebrated unofficial holidays is inching closer: National Love Your Pet Day. Whether or not you knew this holiday existed, chances are you’ve observed it before. In fact, you probably observe it every day. Pets owners throughout the centuries have shown their pets love in different ways. Today,

(don’t worry, we hate spam too)